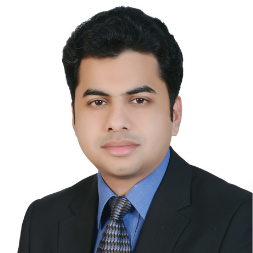 What is the highlight about recruiting on the ground in Saudi Arabia?

Like most hiring managers in other countries, I followed the standard procedures of updating a job description, advertising the role on the various job boards, connecting with my network about the role, and then combing through all the applications received. This is then followed by a few phone calls with candidates, in-person interviews, a reference check and then finally extending an offer letter.

However, sometimes finding the right candidate can be much more difficult. When hiring in Saudi Arabia the recruiting process may not always be as straight forward as in other countries. With an increase in localization requirements, hiring your local team with the right skills is critical for success.

How did you get into the recruitment industry?

The journey towards becoming a recruiter is not always a straightforward one.

I got a message from a candidate asking me how to become a recruiter. I answered that it was essentially a job that required talking to new people and working with targets, and if he enjoyed both he would love being a recruiter.

When I was 16, I remember a teacher asked me what I wanted to be when I grew up and in some way that moved something inside me since all my friends had great elaborate answers - they wanted to be doctors, artists, architects, designers, and I seriously had no clue if I wanted to pursue any of those careers.

The honest answer is that most of us end up in recruitment because of life itself. It just happened. Which is why today I’d like to speak about the decisions that ultimately guided me to becoming a recruiter.

Why did you decide to leave PageGroup?

My reasons for leaving PageGroup were unrelated to why I went to work there. In January 2012, I arrived in Dubai from Saudi Arabia with my wife and child. Initially, I was a little nervous but then before I knew it, I had spent almost four years in the company. Then in October 2015, due to family reasons, I decided to leave and return to Saudi Arabia.

What made you consider starting a second stint at Page?

If Steve Jobs did it with Apple, so did I!

One of the most attractive aspects of returning was that the company had grown considerably while retaining most of the same senior leadership team whom I was familiar with. So, for me, it was a best-case scenario: the ethos and values of the company were the same, while the success of the company and opportunities within it had expanded.

Still, there were many new things to get used to. Different set of clients, plus new systems and processes established within the company. There were a lot of new resources and documentation aimed at helping staff with various parts of their job that didn’t exist during my initial stint with Page.

Secondly, I myself work hard to re-establish myself as a leading member within my team and the organization. I left the company as a Senior Consultant and joined back as a Business Manager. I jumped at any opportunity to do great work and show our senior leadership that they’d made the right choice in bringing me back.

Tell us about your experience since you returned and how are you enjoying your current role?

I have strong network here in Saudi Arabia which is helping me with my current role. This also helped me to get confidence in talking to senior C-level executives including Chairman's/ Ministers/ Board of Directors and showed me that this is a job where I need to continue working hard at.

Before rejoining PageGroup in September 2020, I worked for 3 years as an inhouse recruiter and this showed me the other side of working in a recruitment firm, so I can better understand the client's perspective.